Kimberlite is just one of several rock types found at the earth's surface that sometimes contains diamonds. 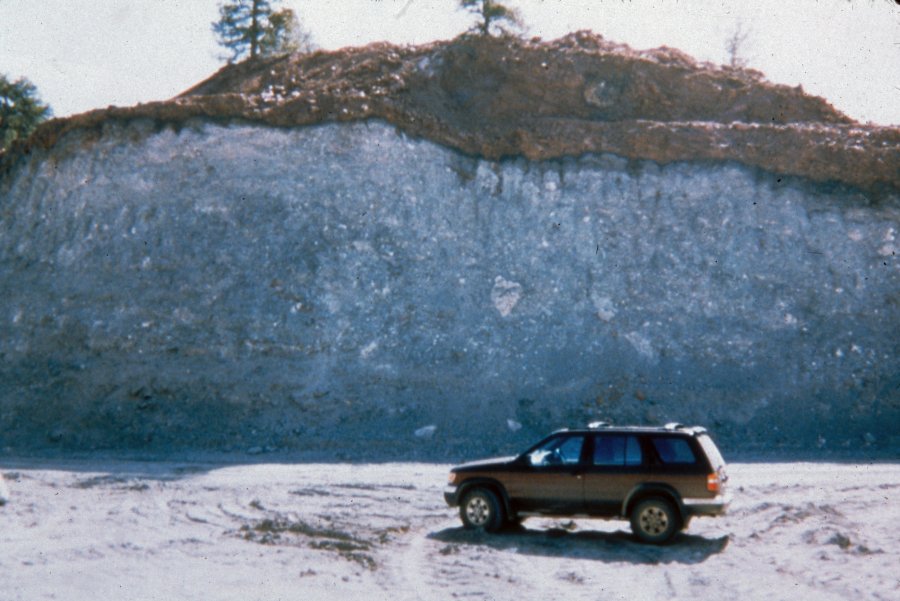 More than 40 kimberlites were initially mapped in the Colorado-Wyoming State Line district (1), this was followed by mapping of a small kimberlite blow in the Sheep Rock district (2), a major dike-blow complex in the Iron Mountain district (3), and the mapping of a major lamproite district in the Leucite Hills field (4). During research of this region, hundreds of other anomalies were found.

The kimberlites occur as pipes, dikes and blows. 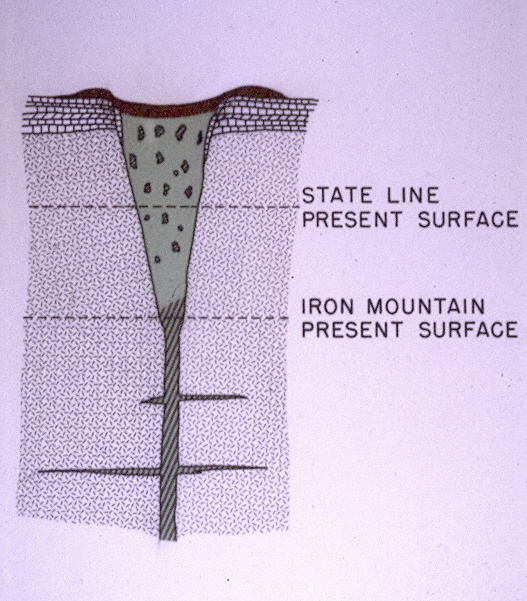 Most appear to be deeply eroded suggsting a possibility for significant diamond placers downstream. Even so, there has been absolutely no exploration for diamond placers in this region although one Ft. Collins prospector recovered diamonds in the early 1970s while looking for gold in Rabbit Creek, another panned a diamond with little effort in George Creek, and placer diamonds were recovered in Fish Creek during exploration of Kelsey Lake (including a 6.2 carat diamond).

d depressions. Others were found by geophysics which led to the discovery of another group of kimberlite in the State Line district that were found with IMPUT geophysics, but all remain unexplored and none drilled! 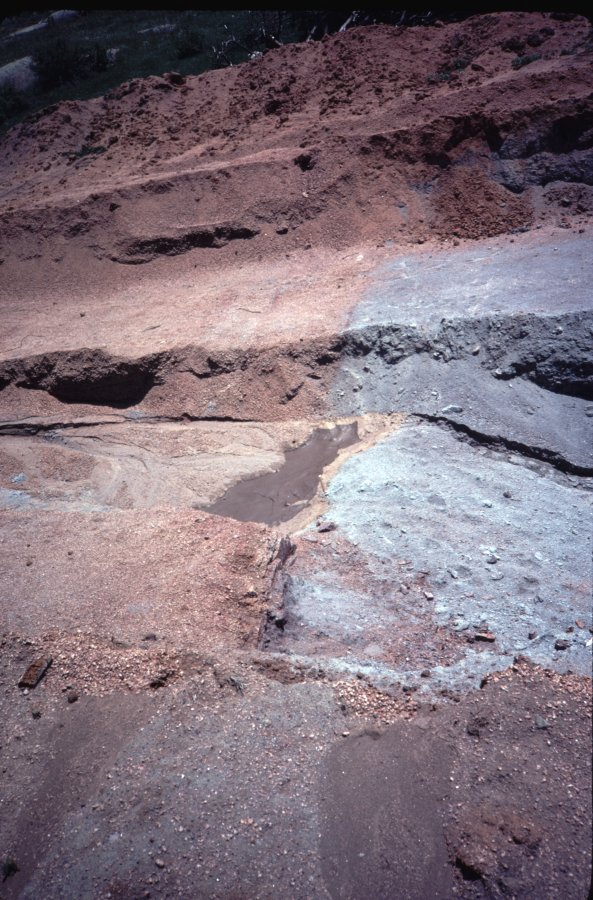 Diamond grades of kimberlites range from a trace diamond to 135 carats/100 tonnes based on diamond mills in the district that were inefficient and typically rejected diamonds of all sizes. Thus actual grades are greater. The size of recovered diamonds ranged from micros to the largest diamond - 28.3 carat gemstone.  One fragment from a broken octahedron orignated from a diamond of at least 80 to 90 carats. Much larger diamonds may have been rejected by mills - for instance, the mill at Kelsey Lake Colorado was poorly designed and rejected any diamond >40 carats in weight!  It also rejected smaller diamonds.

Bernie Free poses next to large granite xenolith in mine rib at the Sloan 2 kimberlite, Colorado.

During recent exploration of the region by the author, several hundred cryptovolcanic structures were identified within the State Line district as well as to the south and north. Most are likely kimberlites based on the distinct presence of blue ground, circular to elliptical depressions that are structually controlled, and most enclosing large, rounded boulders. Potentially, 10 to 12 previously unknown kimberlite districts were discovered along with the numerous kimberlites overlooked within the State Line district. It is likely that the Colorado-Wyoming region is underlain by one of the largest kimberlite-lamproite-lamprophyre provinces in the world!

A few kimberlites in the district had drilled resources. These include the Kelsey Lake group and the Sloan Ranch group of kimberlites.  Because of the large number of kimberlites in this region that are diamondiferous and are deeply eroded, it is estimated that as much as 2,000 feet of the vertical column of the pipes have eroded and their diamond content carried downstream. Thus it is highly likely that streams like Fish Creek, Rabbit Creek, George Creek and many others draining into the Poudre River in Colorado contain millions of diamonds from large to small - some potentially worth several thousand to more than a hundred thousand dollars based on diamonds sold from Kelsey Lake. Diamonds are the hardest natural substance on earth and in southern Africa, have been shown to transport as far as 600 miles from their known source kimberlites in the Kimberley region to the ocean shores along western Africa. Prospecting streams for diamonds in this region of Colorado for many miles downstream could be very productive. 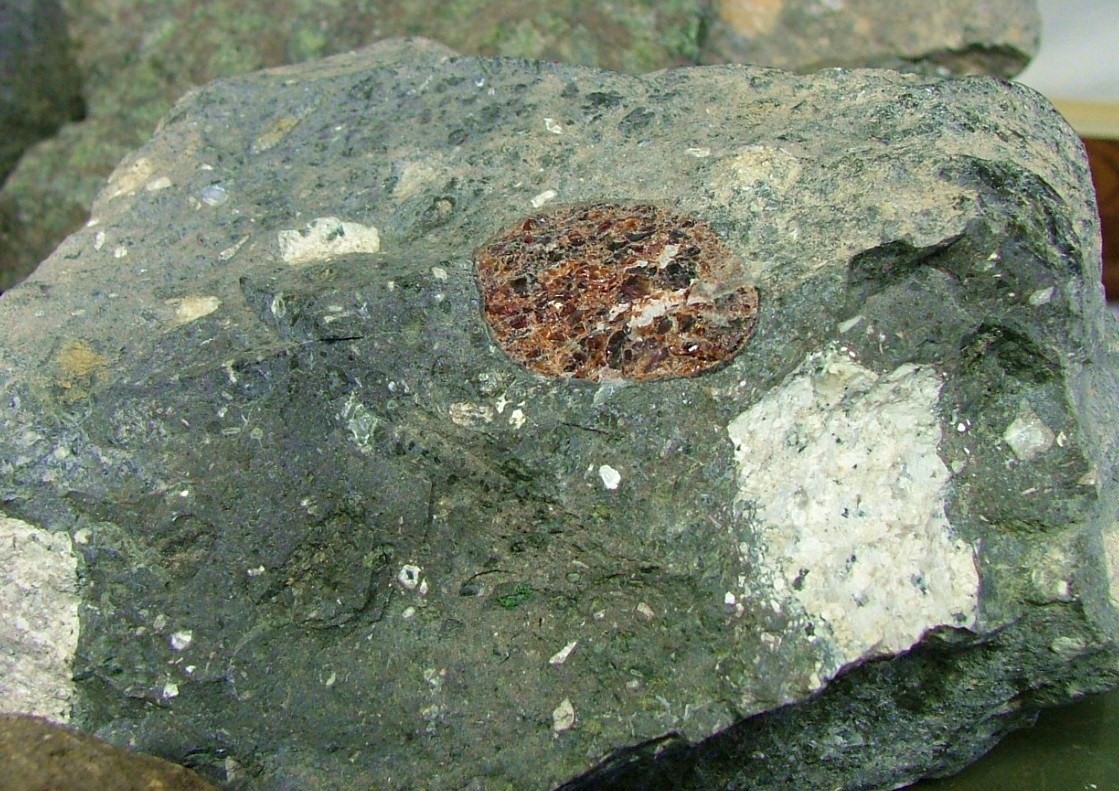 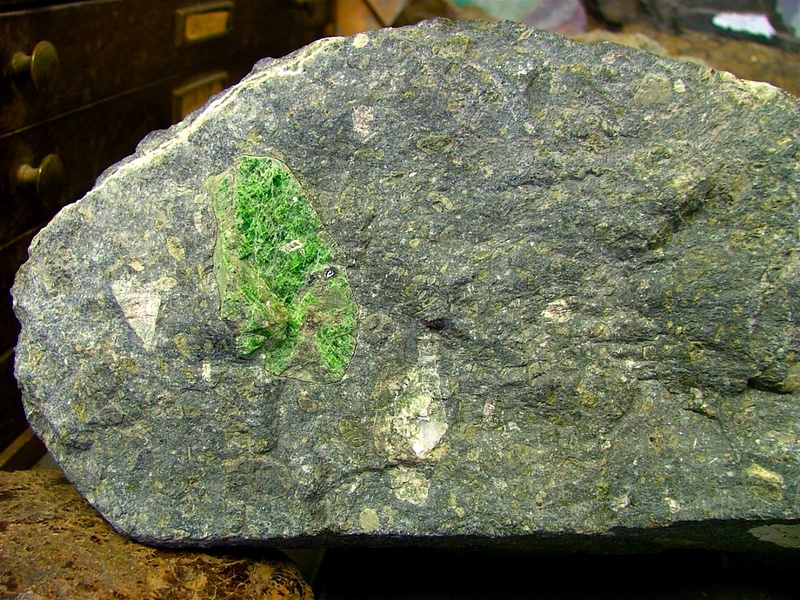